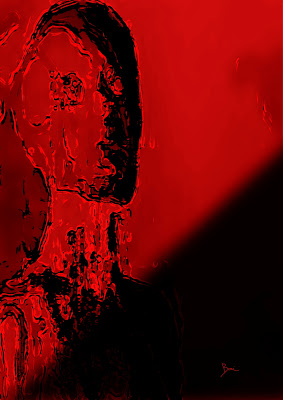 An Artist expresses his thoughts through the use of various mediums to capture his audience.

Most would think an artist is trying to reach out to the public in order to sell his creative forms of media, but that is not the case at all.  Every artist is different with their own techniques and gifts, from watercolor, oil painting to abstracts. They're not showing their art to please everyone, it's a form of expression and if you see and understand what the artist is saying, it will also have meaning to you.

Unfortunately most artists aren't totally recognized  until years after their death or just before, like, Emily Carr and Tom Thomson. If an artist is one of the lucky ones to be discovered within his or her lifetime, they are immediately appreciated through mass media. Once this happens, the world becomes aware of his or her accomplishments after years of being in the shadows.

Art is appreciated in the eye of the beholder and of its creator and it really doesn't matter what the world thinks of their art piece. After all, it wasn't created to suit the drapes, the room or peoples impression of what art is. Each artist has their very own expression and this is exactly what the painting, Aftermath of Hiroshima by artist Bari is portraying in his art piece.

Aftermath of Hiroshima by artist Bari expresses the pain, anguish and loss after the bomb was dropped in Hiroshima. The Ghosts of Hiroshima were witness to the power of the atomic bomb named Little Boy  dropped on that day in August 6 1945.

It was said by witness those in the immediately area were evaporated from existence, while those who survived saw their flesh melt off their bones, extending their arms up looking  like zombies of the walking dead. A time of extreme horror and the painting Aftermath of Hiroshima is a strong reminder to all of mankind how important it is to solve differences in a peaceful manner.
Artist Bari has also visit Pearl Harbor and expressed his feelings on canvas, remembering Pearl Harbor.

In Conclusion:
An Artist expresses his or herself in many different ways using various mediums, bringing his audience close attention to what matters.
It's only art to you if it matters or it moves you to support that artists. 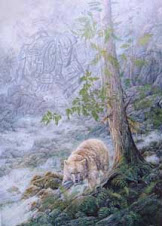